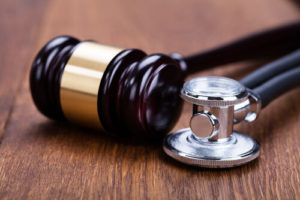 For children who have developing brains still making connections, these injuries can be devastating, debilitating and cause substantial harm. Often, these injuries are caused by situations that are unsafe and/or preventable.

A serious cause of brain injury, birth asphyxia is a medical term used to describe when the unborn baby’s brain receives inadequate, or no oxygen supply. Often, birth asphyxia is caused by conditions that can be monitored by doctors and delivery room staff. These include excessive bleeding that goes untreated during pregnancy, prolonged traumatic delivery, prolapsed umbilical cord, or maternal shock. The result of asphyxia is typically some degree of irreversible developmental delay or intellectual disability.

A general term for varied permanent disorders that cause mild to severe physical impairment and/or developmental and intellectual difficulties, cerebral palsy is caused by an injury to the portions of the brain that control movement. To date, cerebral palsy has no known cure, and will likely require lifelong medical treatments, therapies and support. When it can be proven in a court of law that the child’s cerebral palsy is caused by negligence, a family can pursue compensation for their child’s future care, medical treatments, assistive devices, and more.

Cognitive impairment is a condition that impairs a person’s ability to understand, remember, process and apply information in proper context to their lives. Often, it’s the result of preventable brain damage that occurs in infants. When a person has significant cognitive impairment, they often need financial support for a lifetime and are dependent upon others for guidance and supervision.

Erb’s palsy is a condition that causes injury to the arm, head and shoulder region, sometimes severing the nerves in the upper trunk. This condition can be caused by shoulder dystocia during traumatic or difficult childbirth. If the damage – which typically takes place during delivery – is minimal, the paralysis may repair and resolve with rehabilitative measures. Other times, the condition is a permanent one that leaves a child with impairment and requires rehabilitation or surgery.

Vacuum extractions and forceps, often used as an alternative to cesarean section deliveries, can be utilized during labor to help an expectant mother deliver her baby. When vacuum extractions are performed improperly they can cause subgaleal hematoma, a condition that ruptures the veins causing a dangerous accumulation of blood. There are established standards on when and how these tools are to be used safely during the delivery process. If a doctor, for example, opts to use a vacuum extractor when the mother is less than 32 weeks gestational, has cephalopelvic disproportion, or when neonatal resuscitation is not possible, negligence should be investigated.

When the brain is deprived of oxygen supply, it’s referred to as hypoxic-ischemic encephalopathy (“HIE”), or intrapartum asphyxia, which can be fatal. HIE, as a result of fetal or neonatal asphyxia, is a leading cause of death or severe impairment among infants, including epilepsy, developmental delay, motor impairment, neurodevelopmental delay and cognitive impairment. Although HIE can be caused by prematurity and complications of birth, HIE or asphyxia could suggest medical malpractice.

Intracranial bleeding is most often caused by physical trauma to the head; it can occur before (i.e., auto accident while the mother is pregnant), during (i.e., traumatic delivery or improper use of forceps) or after (i.e., shaken baby syndrome) a child is born. If a brain bleed is undetected, and blood builds up, it can lead to intracranial pressure and damage to the brain’s delicate tissue crucial to development and motor function.

A little known condition that involves nerve damage to the lower brachial plexus resulting in paralysis to the wrist and hand. Klumpke’s palsy is most commonly caused by difficulties experienced during the delivery process, often involving improper delivery techniques or too much force applied to the baby’s neck and shoulders. If it can be proven that shoulder dystocia or breech presentation should have been foreseen, compensation for injury may be pursued for malpractice.

Maternal shock is something that happens to expectant mothers during pregnancy, labor and delivery or up to six weeks after a child is born due to complications. It can be fatal, but is thought to be highly preventable as signs and symptoms often foreshadow serious risks, allowing for proper treatment. If placenta previa, placental abruption, uterine rupture or undiagnosed cervical or vaginal cancer present and maternal shock or wrongful death resulted, a family may benefit be entitled to compensation.

An injury that involves the white matter of the brain and results in fluid filled lateral ventricles and unstable transmission of nerve impulses, periventricular leukomalacia (“PVL”) most often affect fetuses and premature infants, particularly those born prior to 32 weeks gestation and having a birth weight below 3.3 lbs. It is estimated that 60 to 100% of infants born with PVL will be diagnosed with cerebral palsy and spasticity. It is believed that hypotension, hypoxemia, acidosis and carbon dioxide deficiencies in mechanically ventilated premature infants can lead to PVL.

Seizures are disturbances in the brain’s impulses that need immediate and often long-term medical treatment. If an infant suffers from seizures due to medical error – undiagnosed, untreated or uncontrolled seizures – the infant is at risk for permanent nerve cell injury or damaged cognitive function. Birth asphyxia is a common cause of neonatal seizures that require prompt resuscitation, heart activity interventions, the prevention of elevated body temperatures and monitoring of blood sugar levels.

Physical processes that take place during the delivery process can exert enormous amounts of pressure on a newborn, resulting in traumatic brain damage. Mechanical injury and trauma to the baby’s skull, face or brain can be caused by the improper use of forceps or vacuum extractors during the delivery process. Placed incorrectly, applied with excessive traction or pressure, or pulled excessively, can all leave a baby’s brain severely injured.

If your child suffered injury or insult to the developing brain due to negligence during pregnancy, delivery, or after birth, attorneys at Stern Law, PLLC can initiate legal action on your family’s behalf. Brain injury can lead to lifelong struggles for a child, which is why it’s critical to contract an experienced lawyer who can seek the maximum amount of compensation. Call (800) 462-5772 for a free consultation.