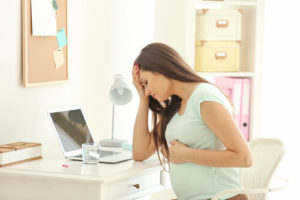 NSAIDs (non-steroidal anti-inflammatory drugs) are a class of over-the-counter, or OTC, drugs that are used to relieve the aches and pains associated with arthritis, minor injuries, inflammation, menstruation and other issues not requiring a more potent prescription-level painkiller. The NSAIDs family of drugs consists of many popular medications, such as aspirin, ibuprofen and naproxen.

While these types of drugs can be very helpful, they can also lead to serious and sometimes debilitating birth defects in children born to mothers who consumed them during pregnancy (especially in the first trimester). If your child suffered a birth defect because your doctor didn’t warn you about the risks of taking NSAIDs during pregnancy, please call Stern Law, PLLC (800) 462-5772 for a free evaluation of your case.

What types of birth defects are caused by NSAIDs?

Recent studies have shown that NSAIDs have been associated with several types of birth defects, such as:

Why are children most susceptible to NSAIDs-related birth defects during the first trimester?

Once an egg is fertilized during conception, it takes an average of six to nine days for the fetus to implant to the uterus. Upon implantation, a blood supply will then develop and exist between the mother and her child until the time of delivery. If you are exposed to any type of NSAIDs during pregnancy, it is very easy for the substance to directly harm the unborn child via exposure through the blood supply.

In general, nationwide studies have shown that NSAIDs are capable of affecting a growing fetus as early as ten to fourteen days post-conception. During pregnancy, a child’s organs form during the first trimester, which leaves him or her most vulnerable to birth defects during this crucial stage of development. Since teratogenic substances such as NSAIDs have the potential of interfering with the development and formation of a child’s organs, any exposure resulting in birth defects would then have to take place during the first three months of pregnancy.

However, there are some fetal organ systems that are vulnerable to teratogenic influence through the entire gestational period, such as a child’s central nervous system, or CNS, which includes a child’s brain and spine. Despite the fact that studies suggest that NSAIDs are most harmful during a woman’s first trimester, it is nonetheless crucial to avoid taking these types of drugs during all stages of pregnancy to prevent the risk of birth defects from occurring.

How are NSAIDs-related birth defects diagnosed?

There are a number of ways in which medical professionals can determine whether an unborn child is suffering from birth defects associated with NSAIDs and other teratogens. The specific test or procedure depends upon the nature of the suspected condition:

Can NSAID-related birth defects be prevented?

In general, birth defects associated with the use of NSAIDs during pregnancy can be prevented, as follows:

If a woman is exposed to NSAIDs during her pregnancy as a result of the wrongdoing or negligence of others, that party can and should be held liable for any loss and injuries to her and/or her child. These birth defects are often preventable, and Stern Law, PLLC can help you pursue the compensation you and your child deserve. Please call (800) 462-5772 for a free consultation.