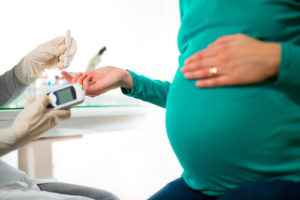 One of the most common causes of birth injury that occurs during a pregnancy is the substandard treatment, or the lack of treatment, of maternal infections. Based on the complexity of the placenta and umbilical cord, which are responsible for the transmission of nutrients, and oxygen, there are certain infections that may also be transmitted during the pregnancy that can be spread from you during the delivery process as your baby passes through the birth canal. The treatment of these various infections is critical to prevent your baby from being harmed.

While not all injuries can be attributed to negligence, there are some that undoubtedly were caused by needless medical errors. With this consideration in mind, you should realize that what happened to your child is not your fault. If negligence is potentially at issue in your case, it should not be tolerated under any circumstances. Mothers and children deserve better, and that’s why Stern Law, PLLC is here to help. Please call (800) 462-5772 for a free review of your case.

There are many different infections, and they have different risk factors that require specific medical interventions. Some infections, such as toxoplasmosis, are only a threat if you contract it during your pregnancy. If you acquired it before you became pregnant, then it may not be a threat to your baby because he or she is protected by your immunity. However, if you are infected before your pregnancy, physicians must still take appropriate measures to ensure your baby’s safety.

Physicians need to be aware of all of the health risks of each infection and respond accordingly. The review of your situation must include whether you developed an infection during you pregnancy that placed your unborn baby at risk. Infections may be bacterial, viral, fungal, or parasitic.

Certain types of infections, including those with viral and bacterial origins, may be passed in utero to an unborn child, infecting both a mother and her baby. If not treated, the following infections can lead to problems in fetal development and even death:

The following types of infections typically pose the greatest risk of transmission to a child during labor and delivery, although some may affect your child while in utero:

If undiagnosed or untreated infection caused serious injury to your child, please contact Stern Law, PLLC for a free review of your case. Call (800) 462-5772 to speak to an attorney who can answer your questions.