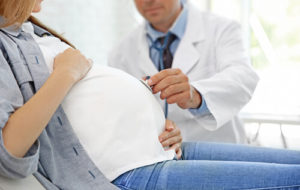 One of the more common medical conditions that may arise during pregnancy is known as gestational hypertension. This condition is also referred to as pregnancy-induced hypertension, or PIH, which typically manifests itself after the 20th week of pregnancy. If you experience sustained periods of elevated blood pressure with readings exceeding 140/90 mm Hg during your pregnancy, you will likely be diagnosed with PIH. High blood pressure occurs in 5 to 8 percent of pregnant women in the United States, approximately 70 percent of which are first-time pregnancies.

For most pregnant women, medical professionals are able to recognize the signs and symptoms of pregnancy-induced hypertension and address it immediately. For others, their child may sustain a devastating birth injury as a result of doctors failing to diagnose the condition early enough to avoid serious and life threatening harm. Please contact Stern Law, PLLC by calling (800) 462-5772 for free to discuss your legal options.

What are the causes and risk factors associated with pregnancy-induced hypertension?

Research studies have yet to confirm a specific cause of PIH. What is known is that the condition may affect blood flow to the placenta, liver, uterus, brain and kidneys. There are a number of factors that may increase the risk of a pregnant woman developing PIH, such as:

Studies have also linked the use of antidepressants, also known as serotonin re-uptake inhibitors (SSRIs), to an increased risk of gestational hypertension. The strongest link was found in women who used paroxetine, more commonly known as Paxil.

What are the symptoms of pregnancy-induced hypertension?

Although some pregnant women exhibit few or no symptoms of gestational hypertension, others may experience the following:

If you are pregnant and happen to experience any of the above symptoms, you should speak with your doctor immediately. As mentioned above, PIH, while serious, can be effectively managed if caught early.

How is pregnancy-induced hypertension diagnosed?

While an increase in blood pressure is the first sign of PIH, other symptoms may also support a diagnosis of the condition. If you are suspected as having PIH, your doctor should conduct the following tests to make the appropriate diagnosis:

What is the treatment for pregnancy-induced hypertension?

The type of treatment that a doctor recommends is based upon several factors, such as the severity of a woman’s condition, tolerance to certain procedures and medications, and her medical history. The goal of treatment is to ensure that the condition does not worsen during the course of the pregnancy and also, that it is effectively managed to ensure the health and safety of the unborn child.

In general, treatment options for PIH include:

For most women, their blood pressure levels return to normal typically within six weeks after delivery. For women who were diagnosed with PIH during pregnancy, most are not at a higher risk of developing hypertension or other cardiovascular complications later on in life.

How can pregnancy-induced hypertension harm my child?

When you have high blood pressure during pregnancy, an increase in the resistance of blood vessels can result in a marked decrease in the flow of blood to the liver, kidneys, uterus, brain and placenta. This could lead to placental abruption, which is the detachment of the placenta from the uterus, as well as poor fetal growth, intrauterine growth restrictions and a stillbirth. If left undiagnosed or untreated, PIH can lead to seizures, maternal death as well as pre-term delivery of a child.

The good news is that while PIH is a serious condition, most women diagnosed with the condition who receive regular prenatal care give birth to healthy children. That is why it is recommended that you seek treatment immediately if you feel you currently have PIH or are at risk for developing the disease.

Can pregnancy-induced hypertension be prevented?

Although PIH cannot be fully prevented, early detection in women who are at higher risk for developing the condition may prevent serious complications associated with the disease. Also, being educated about the warning signs and symptoms associated with PIH is vitally important since it will help you take proactive measures to seek early treatment to ensure your own health and wellbeing as well as that of your child.

If your pregnancy resulted in complications due to negligent handling of gestational hypertension, attorneys at Stern Law, PLLC can take legal action on your behalf. Please call (800) 462-5772 for a free consultation.