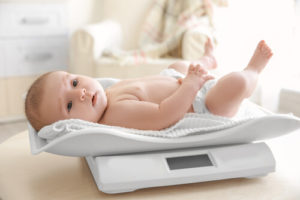 Unfortunately, there is no specific way to confirm a diagnosis of macrosomia until your child is actually born and weighed. However, if you have certain risk factors associated with the condition, or a doctor notices the various warning signs of macrosomia, they should act immediately to prevent complications from arising. Unfortunately, not every medical professional is experienced enough or has the requisite level of training to understand and recognize the signs and symptoms of macrosomia, which can have devastating consequences for you and your unborn child.

Take Keira’s case for example. Keira, a mother of three from New Jersey, regularly sought prenatal care during her pregnancy and she also had a history of macrosomia with two of her previous pregnancies. She even had a number of ultrasounds, which near the end of her pregnancy estimated that her child was likely to weigh between seven to eight pounds. However, when her son Alexander was born, he weighed nearly 10 pounds.

The key problem was that the doctor induced Keira’s labor through using pitocin, an intravenous drug used to start the labor process by increasing the frequency and intensity of contractions. Combined with the large size and weight of Keira’s son, the situation turned nearly disastrous. Specifically, Alexander started to experience fetal distress due to the fact that his shoulders became lodged, making it nearly impossible to extract him from the birth canal. As a result, he lost a significant amount of oxygen during the birthing process, which left him with a severe case of cerebral palsy. Alexander also sustained head trauma from the doctor’s overly aggressive misuse of forceps used to facilitate his birth.

The lesson learned from Keira’s story is a poignant one. Although birth injuries may occur without fault, sometimes doctors do not take the simple, yet vital, steps necessary to prevent complications from arising. Had Keira’s doctor further assessed her case, perhaps the birth injuries Alexander sustained would not have occurred. Had Keira’s doctor taken the time to accurately estimate the weight of her son, Kiera may have enjoyed an event-free delivery. Since Keira already had some of the risk factors associated with macrosomia, her doctor should have done more. Overall, what happened to Keira should never be tolerated.

With Keira’s case and many others in mind, I (Ken Stern) am proud to have dedicated my life’s work to making a difference for families touched by birth injuries that, if not for negligence, were otherwise preventable. Although no amount of money can adequately compensate parents for injuries that befall their children, it can at least help them to afford ongoing treatment and therapy costs, while providing many other financial benefits. For a free consultation about your legal rights, please call Stern Law, PLLC at (800) 462-5772 today.