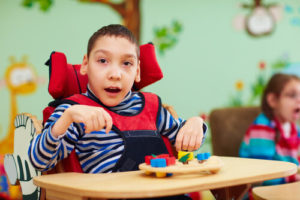 A little known condition that involves nerve damage to the lower brachial plexus resulting in paralysis to the wrist and hand, Klumpke’s palsy is most commonly caused by difficulties experienced during the delivery process, often involving improper delivery techniques or too much force applied to the baby’s neck and shoulders. If it can be proven that shoulder dystocia or breech presentation should have been foreseen, compensation for injury may be pursued for malpractice.

There are several proactive measures that can be implemented by doctors and other medical professionals to avoid injury to your unborn baby. However, if medical intervention is not immediately provided, or if a doctor fails to identify a situation in which your unborn child is in distress, the consequences can be tragic. For a free consultation with an experienced Klumpke’s palsy attorney, please call (800) 462-5772 to speak to Stern Law, PLLC today.

Klumpke’s palsy, or Dejerine-Klumpke palsy, is a birth injury that may be caused by negligence during labor and delivery. It is a form of brachial plexus injury sustained to the lower brachial plexus, or network of nerves that control movement of the muscles of the forearm and hand. The injuries range from minor muscle tears to the severing of vital nerves. Damage to these nerves can lead to temporary or permanent injury in a newborn, the severity of which is dependent upon the underlying cause and amount of force used during birth. The good, news however, is that most infants that sustain injuries to the brachial plexus are able to recover both movement and feeling in the affected areas. Moreover, unlike Erb’s palsy, which is an injury to the upper brachial plexus, a true case of Klumpke’s palsy rarely occurs.

In general, Klumpke’s palsy is caused when excessive force is applied to a baby’s head and neck region in order to dislodge his or her shoulders from the birth canal. In a small percentage of cases involving Klumpke’s palsy, the injury to the newborn is so severe that nerves are actually avulsed, or torn, or the baby sustains nerve ruptures, leading to the permanent paralysis in the forearm, hand, wrist and fingers.

What are the symptoms of Klumpke’s Palsy?

There are a number of signs and symptoms associated with Klumpke’s palsy. These include: