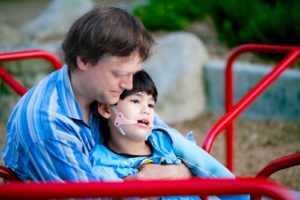 Cognitive impairment is a condition that impairs a person’s ability to understand, remember, process and apply information in proper context to their lives. Often, it’s the result of preventable brain damage that occurs in infants. When a person has significant cognitive impairment, they often need financial support for a lifetime and are dependent upon others for guidance and supervision.

If your child has shown signs of cognitive impairment, it may be the result of your doctor’s medical mistake during pregnancy or the delivery. To evaluate your case for free, call Stern Law, PLLC at (800) 462-5772.

What is cognitive impairment?

Cognitive impairment can occur from a variety of circumstances and medical conditions. It also may be present along with other birth injuries such as:

These injuries may be the result of medical mistake, when the doctors, nurses, and other medical professionals fail to diagnose and react to signs and symptoms of fetal distress in the baby during pregnancy and the delivery process. The damage done to a baby who is deprived of oxygen or loses blood happens so quickly that a rapid response is imperative. The harm also may be the result of the failure on the part of the doctor to order an emergency cesarean section (c-section) in a timely manner.

Cognitive impairment may be diagnosed in a wide range of conditions in which an individual suffers from problems associated with the way that the thought process works. Some of the difficulties include:

Hypoxia during pregnancy and delivery can be caused by:

When hypoxia occurs, your baby will suffer serious health problems very quickly unless proper medical care is provided in a timely manner. Brain damage may result in a matter of minutes.

There are other medical conditions and environmental factors that can lead to cognitive impairment in a newborn. Some of the other causes include:

Cognitive impairment and other neurological injuries often are the tragic result of oxygen deprivation, damage to the umbilical cord, and blood loss. A child who suffers trauma during pregnancy or delivery is at great risk of cerebral palsy, seizures, and cognitive impairment. The harm to the child is rapidly increased if the doctor or other medical professionals did not respond to fetal or newborn distress or delayed the proper medical treatment.

Stern Law, PLLC is available seven days a week, 24 hours a day to discuss your child and the struggles that he or she faces with cognitive impairment. Please call (800) 462-5772 for a free consultation to discuss your legal options.