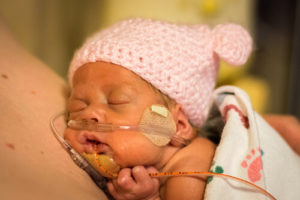 Many women have questions about VBAC, or vaginal birth after cesarean. This refers to a vaginal delivery by a woman who has previously had a cesarean section (or c-section). Under the supervision of qualified medical professionals, this procedure is often safe and highly successful for most women. In fact, about 60 percent to 80 percent of women who have had a prior cesarean section are able to deliver subsequent children vaginally.

However, there are still a number of situations where a vaginal birth after Cesarean can be extremely risky, and is therefore not recommended. If a doctor failed to properly warn you about the inherent risks of having a VBAC and you or your unborn child suffered serious injury, Stern Law, PLLC can pursue compensation on your behalf. Please call us at (800) 462-5772 for a free consultation.

How does a doctor determine who makes a good candidate for VBAC?

Typically, the best VBAC candidates are those who have had:

How does negligence arise in VBAC cases?

At times, errors in medical judgment by doulas, midwives, doctors and hospital staffs can arise during or before a VBAC, which may result in serious and sometimes irreversible injuries to you and your baby, such as a uterine rupture. These include:

Several factors govern whether a VBAC is a safe method of delivery. Medical practitioners are responsible for analyzing all of the relevant circumstances and making the best decision possible as to whether a VBAC is appropriate in your case.

If you or your baby suffered trauma related to VBAC, please contact Stern Law, PLLC by calling (800) 462-5772 for a free evaluation of your case.