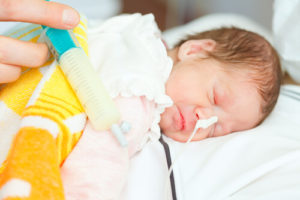 Speaking as a birth injury lawyer for thousands of clients, I have come across some absolutely unbelievable cases of medical negligence. Once such case that I will never forget is that of a child named Logan.

I met Logan’s mother in April 2006, where she described one of the most horrifying stories of medical malpractice I’ve ever heard of. Anna was carrying identical twins in August 2005 when she went into labor. Anna was immediately admitted to the hospital, and thereafter her labor intensified.

The first out of the two children, David, was born without complication. The second child, Logan, remained lodged in the birth canal and experienced a significant amount of distress, according to the fetal monitor.

Anna’s doctor, instead of ordering an immediate cesarean section (or c-section), decided to tug the child from underneath Anna’s pubic bone, and then used a vacuum extractor in an attempt to free Logan. For more than an hour, the doctor went from suctioning Logan’s head to pulling, tugging and trying to rotate the child free.

Ultimately, Logan’s lifeless body emerged – his skin was pale and his head was elongated and flopping to one side. Unfortunately, Logan’s spinal cord had been severed during his delivery and nothing could be done to revive him.

Believe it or not, incidences like what happened to Anna do occur. And when they do, families are left to deal with the emotional and physical aftermath of losing an otherwise healthy child at the hands of negligent doctors or medical personnel.

If your family suffered a tragic birth incident like Anna’s family did, you have rights. Ken Stern and the entire team at Stern Law, PLLC are here to protect those rights and provide you with the support and resources you need to pursue justice and adjust to life with a disabled child. Please call (800) 462-5772 for a free evaluation of your case.