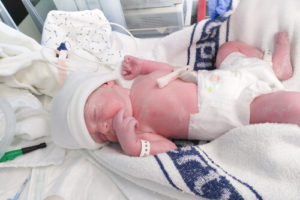 Encephalitis is an inflammation of the brain most commonly caused by a viral infection. For pregnant women, contracting encephalitis can be deadly if not detected and immediately treated.

If you or your child suffered injury due to undetected or improperly treated encephalitis, Stern Law, PLLC can build an infection error case on your behalf. Please call (800) 462-5772 to find out how our law firm can help.

Arboviruses are among the most common causes of viral encephalitis. Hosts such as birds, rodents and pigs carry these types of viruses, which are then transferred to mosquitoes that feed on them. Thus, humans become at risk for infection should they be bitten by a mosquito carrying an arbovirus.

The most common forms of arboviruses that are transmitted via mosquitoes are as follows:

Encephalitis due to viral infections

Viral infections account for most of the causes of encephalitis worldwide. Accordingly, viruses that most commonly cause viral encephalitis include:

The additional causes of encephalitis are as follows:

There are a number of risk factors that affect a pregnant woman’s chances of developing viral encephalitis. These include:

Although most cases of encephalitis are mild and short lived, some can have debilitating and sometimes fatal consequences without treatment. Pregnant women have to look after not only their own health but the health of their unborn baby, making a viral infection even more dangerous.

If a medical professional failed to detect the signs of encephalitis while you were pregnant, the health care provider should be held accountable. Please call Stern Law, PLLC at (800) 462-5772 to talk about your case for free.