What Is Hypoxic Ischemic Encephalopathy? 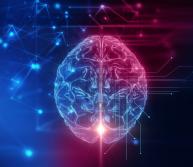 When your baby’s brain is cut off from oxygen it can lead to dire consequences. Brain cells can begin dying in as little as five minutes of oxygen deprivation. Hypoxic-ischemic Encephalopathy (HIE) is a brain injury caused by having a lack of oxygen to the brain. Hypoxic-ischemic Encephalopathy due to asphyxia is a leading cause of death and impairments among infants. It can cause development delays, mental and physical impairments as well as Cerebral Palsy. Babies with HIE have a 50% chance of dying from the injury. There are three ways that the injury can occur. It can happen antepartum (before labor and delivery), intrapartum (during labor or delivery) and postpartum (after labor and delivery).

One of the most common causes is when the umbilical cord becomes wrapped around the baby’s neck, which will decrease the flow to the child or the cord may be so tight around the neck it impacts the neck vessels. Another way is when the umbilical cord flow becomes cut off during the delivery by having the baby being pressed against the cord during labor.

Signs of something being wrong will be noticeable quickly after birth. However, the signs and symptoms all depend on the severity of the extent of the brain injury. If the delivery of the baby was distressed or trauma happened, this can be a clear indicator that their might have been injuries during birth. If the baby has an abnormal heart rate or has difficulty breathing, these can be signs of HIE. Organ dysfunction and seizures can pop up within the first 24 hours after the child has been born. Others include the newborn being unresponsive to sights and sounds, having troubles feeding, abnormal movements, being “floppy” or having a very weak cry.

Hypothermia treatment in hospitals has been found to reduce risk of death and disabilities. The treatment can slow or stop the injuries that occur when the brain is robbed of oxygen such as cell death and the swelling of the brain. The treatment involves cooling the baby to 91 degrees Fahrenheit. A normal baby’s temperature usually ranges between 97 and 110 degrees Fahrenheit. To perform the cooling treatment, the newborn can be placed in a special blanket that has cold circulating water. Another option is a Cool-Cap hypothermia system, where a cap is fitted around the infant’s scalp where cool water circulates, cooling off the brain. The treatment is done for three days and then they baby will be brought back to a normal temperature. For the best treatment outcome, the baby should receive the treatment within six hours after birth.

Thanks to the cooling treatment, a boy in Michigan, now leads a happy and normal life. During birth, his umbilical cord became wrapped around his neck, cutting off his blood flow and oxygen stream to his brain. Quickly he was placed in the hypothermia treatment and now suffers no implications from HIE. You can read more about his story on Children’s Hospital of Michigan website.

The impact that HIE can have on a child can vary. Multiple factors come into consideration including what parts of the brain were affected and how severe the damage was. HIE can affect a child’s senses, create movement disorders and developmental delays. It also can result in the development of seizures and affects central responses such as breathing and swallowing.

Injury Can Result In:

Hypoxic-Ischemic Encephalopathy can cause Cerebral Palsy, developmental delay and other impairments. With the help of cooling treatment therapies, the damages of HIE can be reduced or diminished and the risk of death can decrease. However, this treatment must be done promptly after birth for the best outcome.

If you suspect that a medical mistake is the reason that caused your child’s Cerebral Palsy, you may be eligible to receive financial compensation for the harm that was done to your child. It cannot undo what happened to your loved one but it can help with expenses of taking care of your child. Call our care team today to discuss lifetime benefits or if you would like more information on Cerebral Palsy. We can be reached at 800-462-5772 to answer your questions and provide you with resources.