The History of Cerebral Palsy 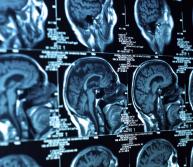 Since antiquity, the group of neuromuscular conditions collectively referred to as Cerebral Palsy have been observed and documented by various civilizations. Ancient Egyptians, Romans and Greeks noted symptoms of Cerebral Palsy, without understanding its cause or treatment.

In an 1861 lecture to the Obstetrical Society of London, English surgeon William John Little detailed a disorder that caused spastic, stiff muscles in the arms and legs of children. He described the condition as a birth injury that resulted during labor in which a child had been partially suffocated. At the time, for lack of another term, it was referred to as Little’s Disease.

The study of Little’s Disease eventually led to another work, Sir William Osler’s 1889 book, “Cerebral Palsies of Children”. Drawing from the Latin terms for “brain” and “paralysis”, Osler built upon Little’s work with his own scientific findings.

The term cerebral palsy became widely accepted, and the early 1890 saw the publication of two prominent books on the subject by the renowned Austrian psychiatrist and neurologist, Sigmund Freud. In contrast to earlier beliefs, Freud proposed that Cerebral Palsy was a brain-related disease that affected children before birth, not during or after. He also associated several other symptoms with the condition, such as visual disturbances, seizures and intellectual disabilities.

In 1949, the United Cerebral Palsy Foundation (UCP) was founded, and in the 1980’s research confirmed that cerebral palsy can happen before birth, as Freud theorized, and that it can also be caused as the result of an injury during birth and following birth.

In 1990, congress passed the Americans with Disabilities Act (ADA), a federal law prohibiting discrimination against individuals with disabilities.

Today, individuals with disabilities are entitled to assistance and access in public places, equal education, and protective rights against discrimination.

If a child’s Cerebral Palsy is caused by preventable factors which occur during the course of pregnancy, that child can be entitled to Lifetime Benefits. These funds, among other things, can provide financial support for medical care, special equipment, and vehicle and home modifications. Requesting a free Medical Legal Review is the first step in determining the cause of your child’s injury and if a Cerebral Palsy birth injury attorney can build a valid case on your child’s behalf.

If your child has been diagnosed with Cerebral Palsy, contact Stern Law, PLLC using the form on this page or by calling (800) 462-5772 to request a free Medical Legal Review. Our dedicated medical-legal team will help you establish the origin of your child’s condition and your ability to seek justice and compensation with the help of a Cerebral Palsy birth injury attorney.