Posted by Stern Law, PLLC on December 9, 2016 in  Cerebral Palsy 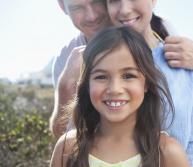 A young child with Cerebral Palsy has become a three-time internet sensation. For the past two Halloween holidays (2015 and 2016), the child has trick-or-treated in a costume that incorporated the walker the child needs in order to walk. Now, the child and his parents have recently received news that their young son has been approved to undergo a medical surgery that can change the child’s life forever. The procedure is called a selective dorsal rhizotomy, and the boy’s parents hope that it will enable their child to trick-or-treat next Halloween without the need for a walker or other assistive device. While it is true that a selective dorsal rhizotomy may be able to help this particular child walk again, it is not (unfortunately) a cure-all for all Cerebral Palsy children.

Description of and Screening for Selective Dorsal Rhizotomy

Nerves located in the spinal cord control the movement of muscles associated with walking, gait, and posture. In many forms of Cerebral Palsy, these muscles may experience spasticity, or a constant state of contraction. This leads to muscle stiffness, difficulty in walking, and can (over time) lead to bone deformities and joint troubles. Selective dorsal rhizotomy is a surgical procedure that results in certain nerve fibers causing the spasticity to be severed. This, in turn, can improve the ability of a child with Cerebral Palsy to walk unassisted.

This procedure is not for everyone, however. Only children who pass a rather rigorous screening test. Children who meet the following requirements are generally considered to be good candidates for the selective dorsal rhizotomy procedure:

What Happens After the Surgery