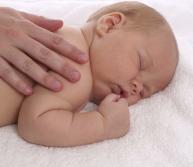 When one thinks on the typical causes of cerebral palsy, attention is paid to what happens to the child in the womb, during delivery, and immediately after birth. A child whose brain suffers injury or trauma during these times is at risk of developing cerebral palsy if the brain’s neurological development is negatively impacted in some way. When the child later develops cerebral palsy from these injuries and/or trauma, the cerebral palsy is often described as congenital – meaning the cerebral palsy was present since birth (even if it was not actually diagnosed until months later).

Cerebral palsy may also be acquired, however – meaning that the child’s brain was not injured during the mother’s pregnancy or during delivery but rather by some injury or trauma occurring after the child’s birth. Neonatal meningitis is one such potential cause of acquired cerebral palsy if the condition is not properly diagnosed and treated. Complications such as cerebral palsy may be likely if the child goes into shock or experiences respiratory failure.

Meningitis refers to an inflammation of the membranes that surround and protect the central nervous system. Newborns are most susceptible to developing meningitis, especially during the first few weeks of life. If the inflammation is not resolved in a timely manner, it can damage the child’s brain and lead to cerebral palsy. Unfortunately for parents and doctors alike, the signs and symptoms of neonatal meningitis are rather nonspecific – a fever, irritability, and/or difficulty breathing may be the only symptoms of neonatal meningitis that a child might display. The only method whereby doctors are able to determine that meningitis is present is by examining a sample of the child’s cerebrospinal fluid.

When medical professionals have a reason to believe that a newborn child has developed meningitis (if, for example, the child is fussy, has trouble breathing, and/or , a duty may arise requiring these professionals to accurately diagnose the cause of the newborn’s symptoms and, if meningitis is detected, to treat the condition promptly and appropriately. Meningitis caused by a bacterial infection will usually be treated by a course of antibiotics (the specific antibiotic used will depend on the specific bacteria that is causing the infection). Similarly, f the child’s meningitis is due to a viral infection, an antiviral treatment regimen should be initiated.