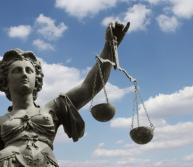 After finding out that their child has been diagnosed with cerebral palsy, the last thing many families want to do is begin a lengthy legal process. Complicated and requiring extensive legal analysis, cerebral palsy cases can still be resolved outside of the courtroom. While a lawsuit may be necessary to receive financial support necessary to care for a child with cerebral palsy caused by negligence or medical malpractice, there are in fact other ways for a resolution to be reached.

One legal option for cerebral palsy cases involves settlements. Settling a case involves both parties agreeing to avoid litigation based upon a sum of money and/or resolution. While a settlement may lead to a smaller financial resolution for the plaintiff, it can be the better solution when the facts of a case are difficult or in dispute, or given the time a lawsuit would take to complete, the availability of evidence and more. That settlement can occur out-of-court and avoid exposing both parties to the legal process makes them a worthwhile legal option for some.

Another legal option for cerebral palsy cases involves mediation or arbitration. Both of these efforts are similar and involve both sides meeting away from the court to discuss their needs and limits related to the case. With mediation, a neutral third party helps facilitate the discussion and can take parties aside privately to help explain the process or work through sensitive issues that are being aired. Arbitration is very similar but uses this third party as more of a judge, with the final resolution oftentimes can be legally binding. Both of these avenues are often used as a way to avoid court and are voluntary in most instances.

Should these efforts not be effective, or desired, an attorney may use a demand letter as a type of dispute resolution. Rather self-explanatory, this letter outlines the demands of the individual or family and opens dialogue focused on reaching a resolution, often with a deadline before other measures are used.

Finally, before a final ruling has been made in any of these measures, as well as during a cerebral palsy case, negotiation between attorneys can be an effective way to focus on the core issues and strive for a middle ground. While seemingly simple, negotiations can involve extensive legal components and require selecting an effective attorney that can balance all of your interests, both present and in the future, before anything is agreed to.

While your child’s cerebral palsy diagnosis may not have been caused by a medical professional, it is important to explore all options and facts relating to the pregnancy, birth and after-birth care. For more information about your legal options, please feel free to contact our offices.