Alcohol Use and Fetal Alcohol Syndrome Connections to Cerebral Palsy 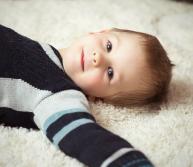 For some time, medical professionals and laypersons alike have known that it is a mistake to consume alcohol while pregnant. While alcohol consumption certainly has negative effects on the mother’s health, the greater concern during pregnancy is the impact the mother’s alcohol consumption will have on her unborn child. When a pregnant mother consumes more than four standard-sized drinks (the equivalent of four, 12-ounce cans of beer) per day, the woman’s child is at a greater risk of developing fetal alcohol syndrome disorders (FASD) (although it should be noted that FASD can be present even in children whose mothers drank less than four, standard-sized alcoholic drinks).

Fetal Alcohol Syndrome – Its Cause and Complications

Fetal alcohol syndrome disorders include several physical and/or neurological issues that can develop in the child as a result of the mother’s consumption of alcohol during pregnancy. Fetal alcohol syndrome (FAS) is one of the most severe FASDs that can result from alcohol consumption during pregnancy. A diagnosis of fetal alcohol syndrome is made after finding the following three characteristics: (1) prebirth or postbirth height or weight that is at or below the tenth percentile; (2) the presence of small eye openings, smooth philtrum, and a thin upper lip; (3) harm to the central nervous system as evidenced by significant structural, neurological, and/or functional damage and impairment; and (4) documented exposure of the child to alcohol while the child’s mother was pregnant. Some of the complications that can result from FAS include learning disabilities, behavioral difficulties, and difficulties with fine and gross motor skills.

The Link Between FAS and Cerebral Palsy